In the summer of 2017, we were hired by Markettiers to film and produce an overnight news edit for IMG Worlds of Adventure’s Dubai Summer Surprises campaign. IMG worked with us to capture the content of the dinosaurs roaming around Dubai Airport, interacting with the public and promoting the indoor mega theme park by handing out free tickets.

We were tasked with filming the dinosaurs causing havoc among the arrivals at Dubai Airport in a series of humorous scenes and situations, from attempting to squeeze into the elevator to waiting in the taxi line to head back to the theme park. We also had to ensure that we captured the reactions of the unsuspecting travellers being greeted by the dinosaurs after their flights.

The shoot required two camera operators to capture the stunt, a sound operator to elevate the sound design, and an assistant to support.

We then edited a 60-second visual news release overnight, with both English and Arabic versions that included supporting text to explain the dinosaurs’ presence at the airport. The next morning, the videos were promoted to various local and international news sites and outlet, gaining hundreds of thousands of views in just days. 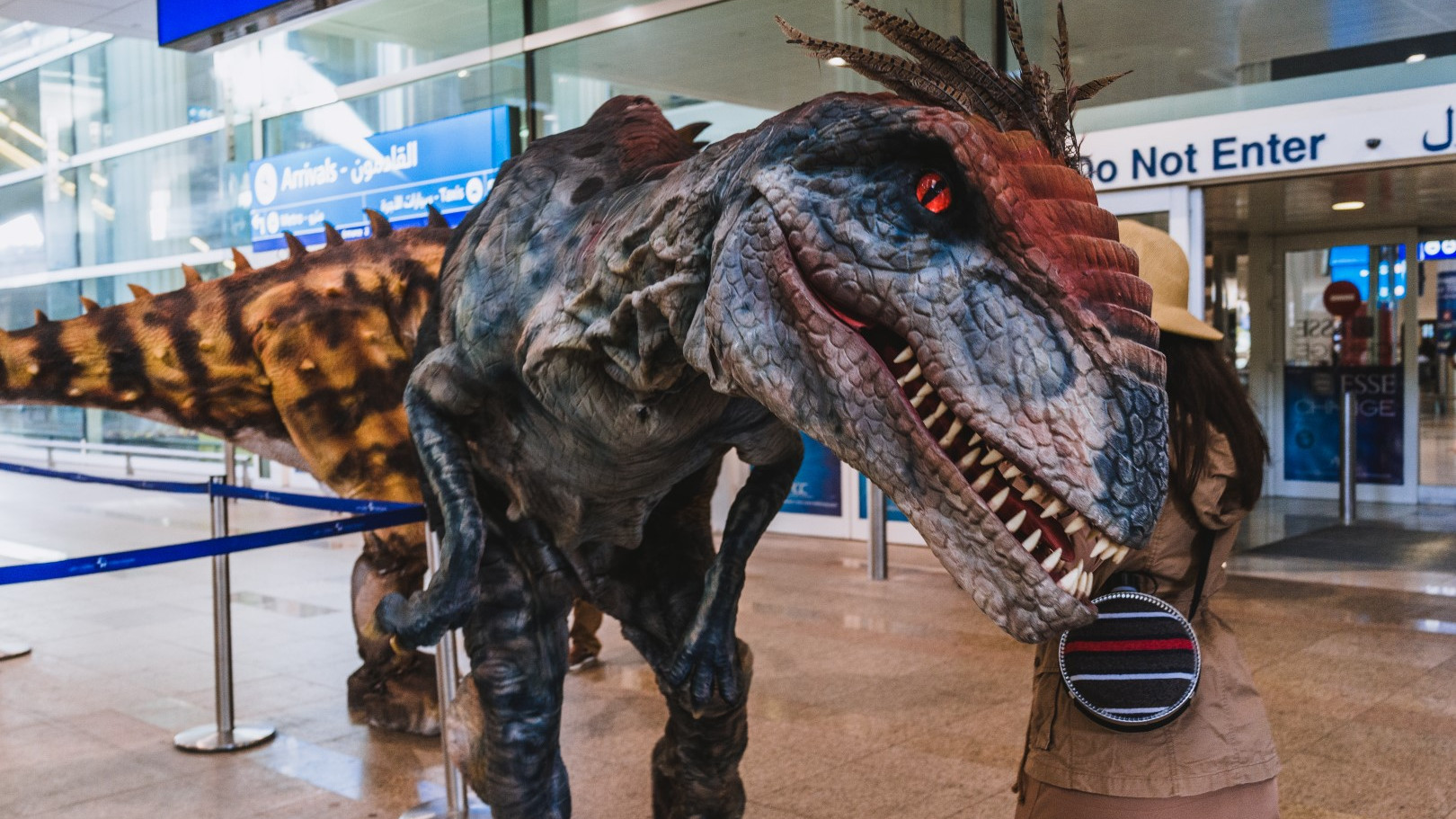 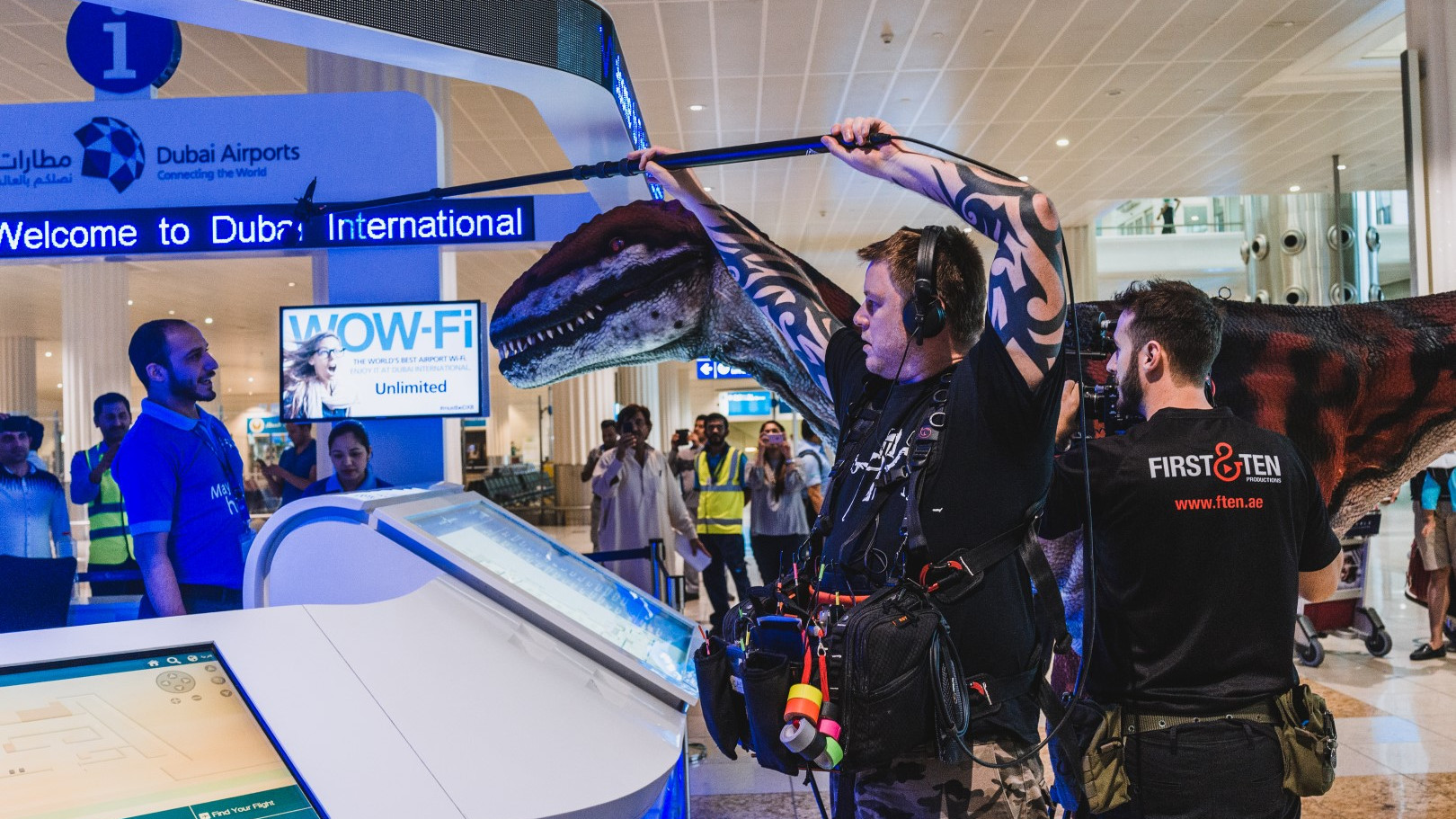 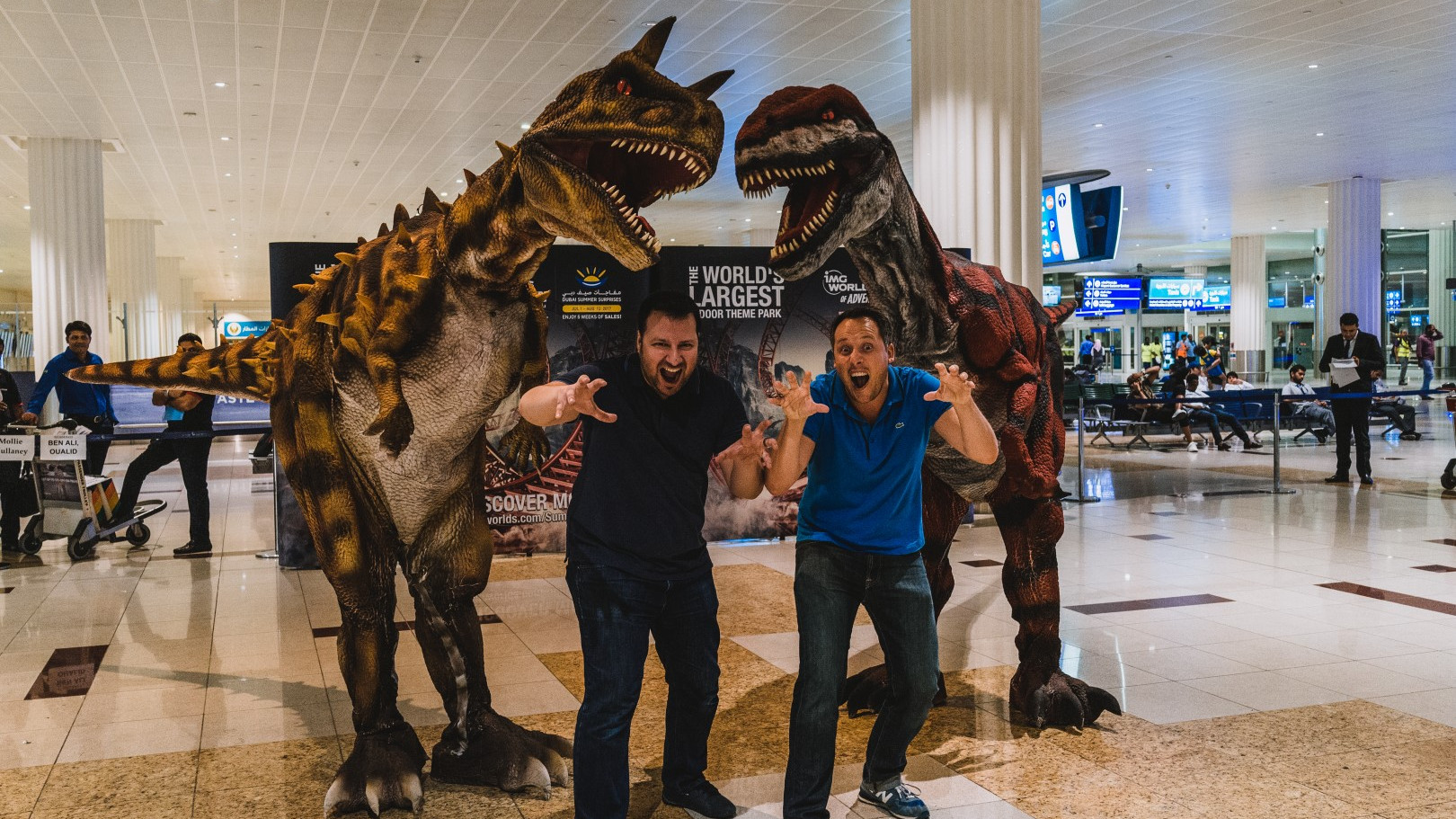 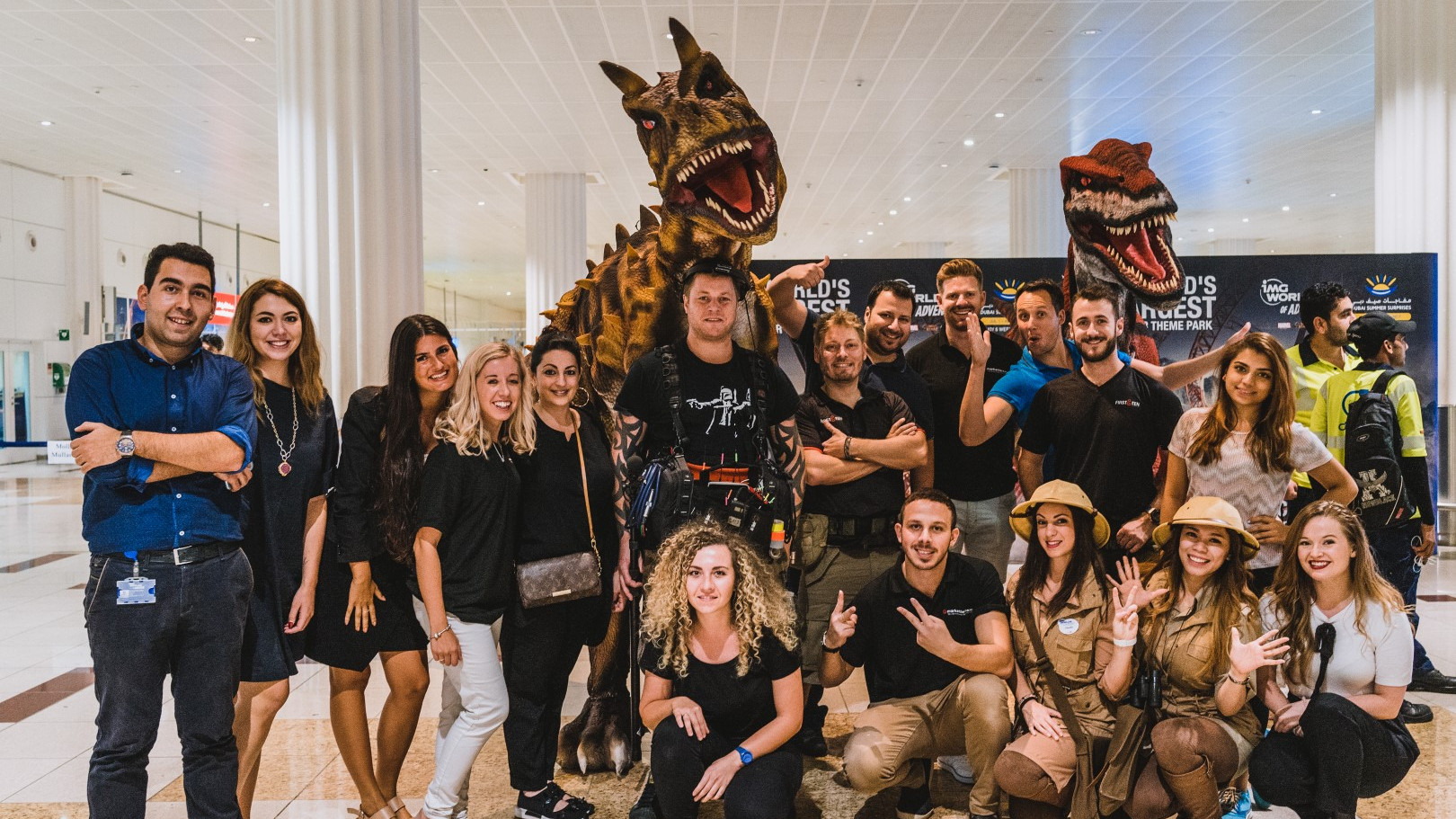 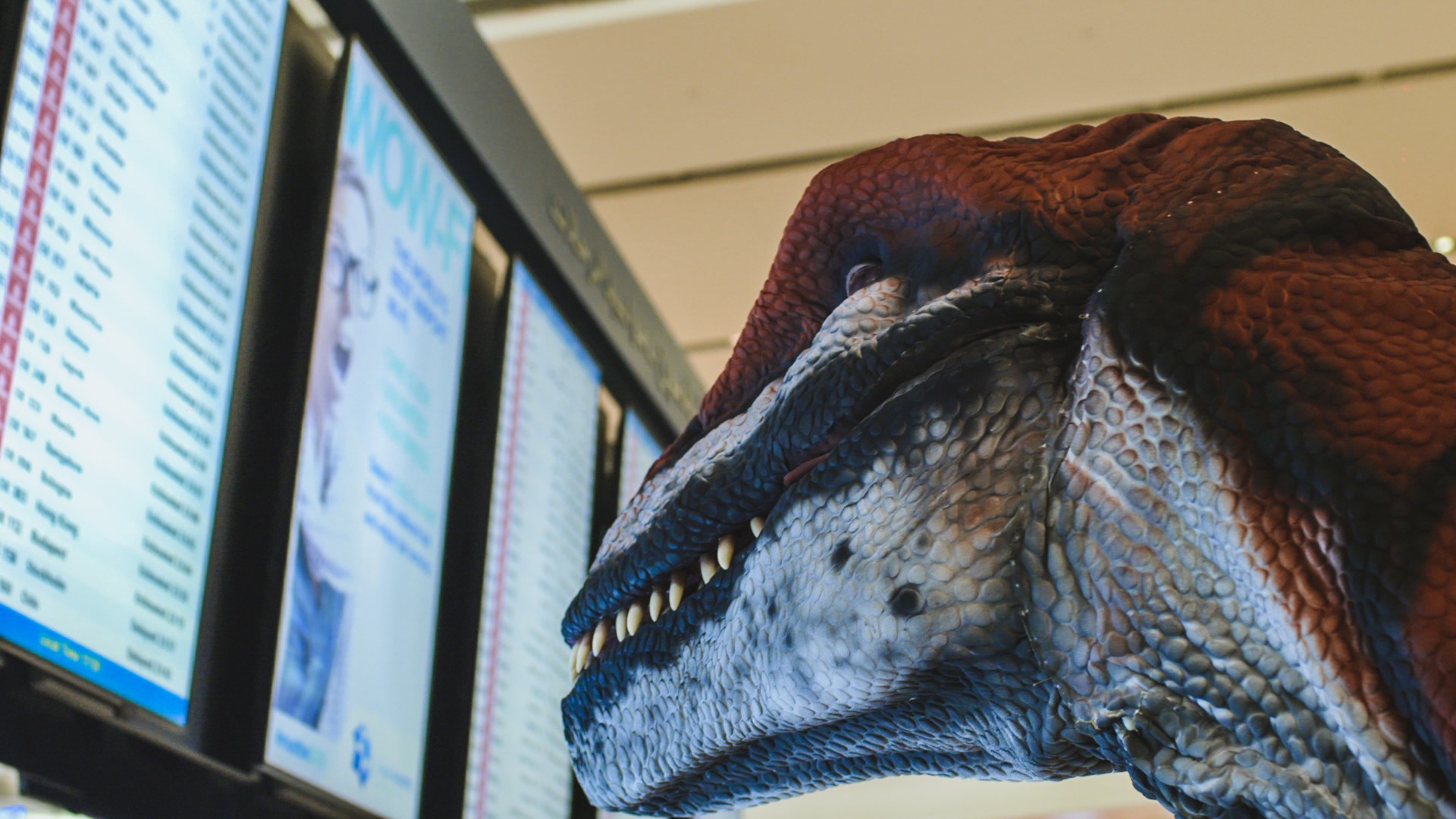 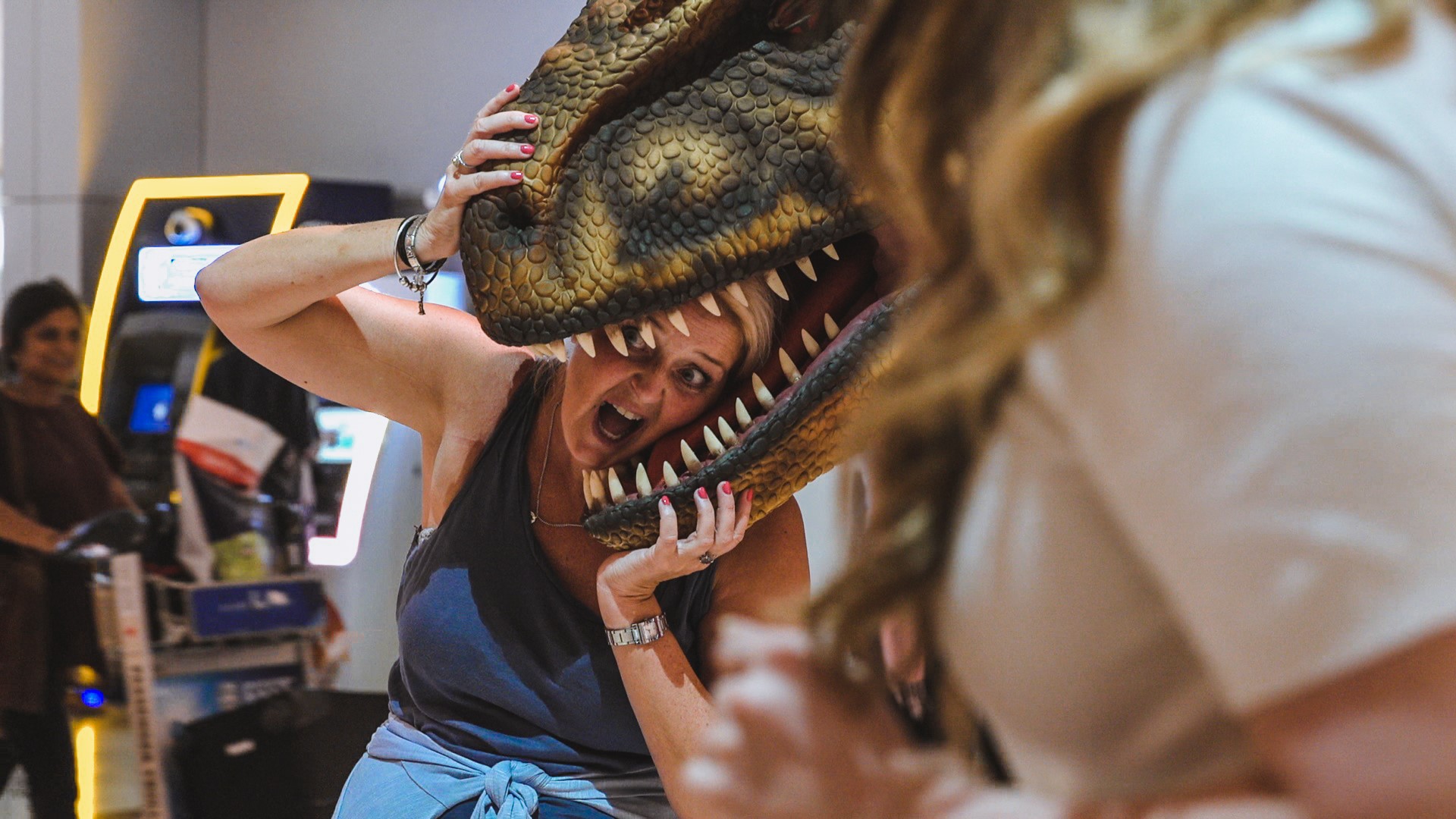 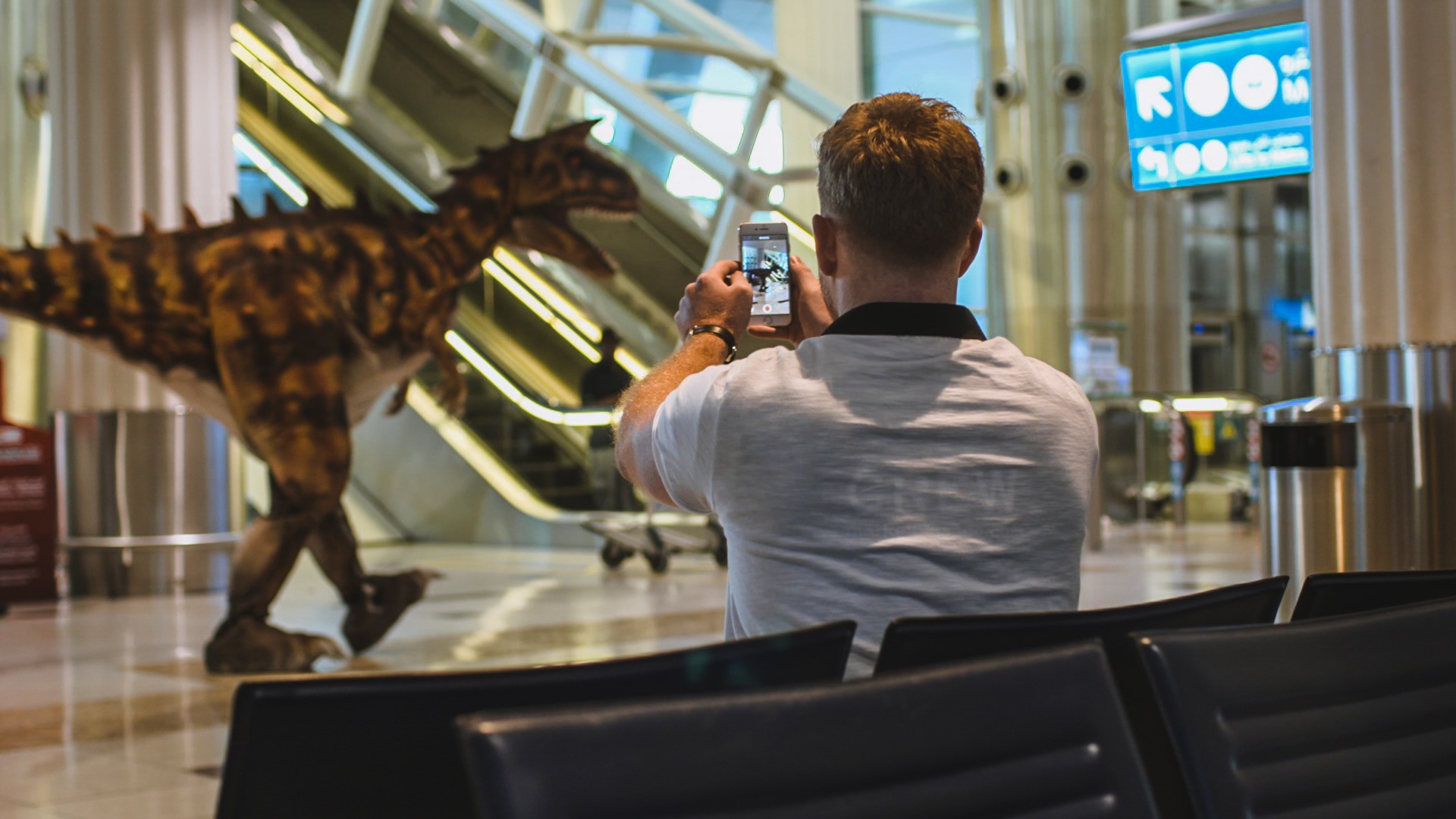